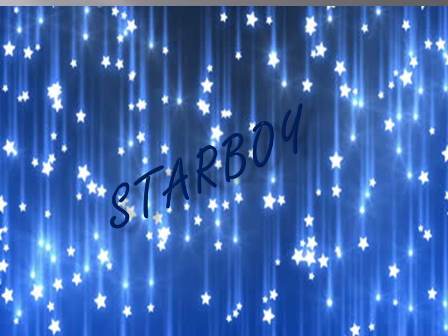 This two part radio drama is aimed at children aged 5 to 10 years. Ann has drawn again on an experienced and talented director and cast, to bring this story to life. It portrays the everyday life of Starboy and his sister Luna with a touch of magic that sometimes sparkles, sometimes glimmers but through every scene draws us in to a world of sensitivity and dreams.

​This is the story of Starboy and his sister, Luna. Some might say Starboy appeared out of the blue but his sister Luna, even to this day, still believes that he was a gift from the stars. From the moment of his arrival, Luna embraces her role as ‘big sis’ and does all she can to protect her ‘new’ young brother. She watches out for him at school and does all in her power to make sure that his dreams are good ones. But as her love for her brother deepens, so too does her worry. What if Starboy decides to return some day to where he came from? What then!
Enthralled by a traditional story about worry dolls that she is told in school, Luna decides that she is going to solve all of their worries with a lot of ‘Luna’ effort and a little magic.  In this magical tale, a resolution is discovered through the telling of another.  And for Luna and Starboy the answer unfolds when they share their worries and dreams.
In this production, Ann has drawn again on the experienced and talented director, Judi Chalmers to bring this imaginative world to life. Ann and Judi have worked together on several other radio drama productions (The Lonely Flower, The Adventures of the Stripy Pyjamas  on RTE Jnr and an adaptation of The Christmas Carol by Charles Dickens, for Cork City Community Radio). The cast, a hugely talented crew!  includes Tadhg Hickey, Angela Newman, Rosie O’Regan and the brilliant child actors…Caoimhe Hickey Barry, Mia Jones, Eoin Murphy and Joseph O’Brien.  The production was edited by PJ Rankin with Niall O’Sullivan on sound.

View an extract from the script. ​

Ann has developed and delivered audio drama workshops for primary school children at festivals, schools and libraries. Most recently, Ann delivered a project based on Starboy as part of the Children's Book Festival in Cork.
​
​By introducing children to the world of audio books and audio drama, they are given an opportunity to improve their listening skills, and to enhance the development of their imagination, without the constant reliance on visual stimulation. The workshops have been greeted with great enthusiasm by both children and teachers.